Several important studies evaluating soil biology in fields treated with chloropicrin – the active ingredient in TriClor – have recently shown how soil biology changes for the better following fumigation, which may explain the positive crop growth responses of plants in fumigated soil. These studies were conducted throughout 2021-2022 in Michigan apple and blueberry, Georgia blueberry, Caladium in central Florida, as well as pineapple from the Dominican Republic and Guatemala, with analysis being done using Biome Makers BeCrop® service and Zymo Research Inc. Soil types ranged across a variety of types – from 98% sand in Florida to sandy loam in Michigan, in addition to heavy and weathered tropical soils in pineapple.

What the studies conclusively show is that in the weeks and months following soil fumigation with chloropicrin, soil microbial communities (bacteria and fungi) shifted in remarkable and quantifiable ways. There was a notable pattern across the soils tested that included significantly higher populations of plant growth-promoting bacteria (PGR), organisms active in nutrient cycling (including nitrogen, potassium, phosphorous, and minor elements), as well as higher levels of antibiotic-producing bacteria and fungi.

Populations of Trichoderma fungal species increased many fold in the months following chloropicrin fumigation several to many fold across all of the study locations, except for the Dominican Republic where very low pH (4.2-4.8) of the soils may explain this fungi’s absence.

The conclusion drawn from this is that some species benefit from a chloropicrin fumigation and many species do not; they are out-competed. There was a particular and notable difference in the numbers of microbes known to be root-associated and phytohormone producers – there was a higher amount of these beneficial microbes in the fumigated treatments. Collectively, these are called PGR organisms and are known to produce auxins, cytokinins, and gibberellins, as well as many metabolites. These microbial metabolites likely play a significant role in plant growth, nutrition, and development. Many of these are also known to be antagonists to plant pathogens as well. In both blueberry and apple in Michigan, as well as in the Georgia, Florida, and Dominican Republic samples, estimated auxin, cytokinin, and gibberellin pathways were 10-12 times higher in magnitude according to the BeCrop® analysis. Higher species loads of many genera including Bacillus, Enterobacter, Pseudomonas, Arthrobacter and others were found in the chloropicrin (100%) treatment and in the chloropicrin (60% chloropicrin and 40% TELONE™ II) treatment.

While research is still ongoing in these studies, overall the results favor soil fumigation in many ways, clearly showing major and beneficial shifts in microbial communities following soil fumigation. These findings are being presented to growers and the larger agricultural industry to contribute to a more accurate and deeper understanding of microbiology dynamics in fumigant-treated soil. Many presentations have been given already by John Washington – the principle researcher and the Director of Research Development at TriCal Soil Solutions – and a scientific manuscript is being prepared to formally publish the results.

To learn more about similar research topics related to orchards and vineyards, be sure to join TriCal Group’s first-ever Tree & Vine School on November 10, 2022 – link below. There will be a dynamic lineup of speakers discussing soil health, nematodes, and other issues that growers face with their crops. We look forward to seeing you there!

Be sure to follow us on social to keep up with the latest TriCal and TriClor news! 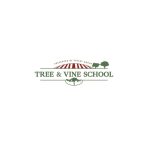 Save the date for: TREE & VINE SCHOOL. It is FREE and will be a VIRTUAL ONLINE EVENT. Click here for more information about the event. 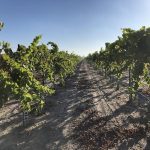 Welcome back to TriClor’s Deep Roots: A Blog! This is part 2 of the Growing Greater Grapes story. If you haven’t had the chance yet to familiarize yourself with the topic of nematode populations in 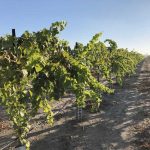 Are harmful nematode populations negatively impacting the grapes that you grow? As mentioned in my previous TriClor blog post, nematodes – which are microscopic roundworms found in soil – can cause considerable damage to plant 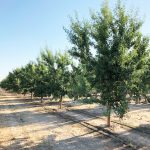 TriCal Almond Replant Research: The importance of fumigation for growers

In California, nematodes can significantly impact crop production. They cause considerable damage to plant roots, disrupting the uptake of water and nutrients, resulting in reduced crop yield. For pre-treatment control, especially with regards to almond

Senior Researcher and Nematologist Dr. Kristi Sanchez received her Ph. D. in Plant Pathology, specializing in Nematology, from the University of California, Davis. She has over a decade of combined research and field experience with UC Davis, the agrichemical industry, and the Plant Pest Diagnostics Center with the California Department of Food and Agriculture. Kristi’s expertise includes pest management of nematodes, morphological and molecular diagnostics of plant parasitic nematodes, and the development of experimental assays for nematode studies in the lab and field. Kristi is a regular invited speaker on topics related to soil health, nematode control, and integrated pest management in orchards.